Rockstar is a company known for a whole line of classic games, and now the North American ESRB game ratings board has issued ratings which suggest that they are bringing many of these titles to the PlayStation 4.

Among these upcoming games are Max Payne 2, Midnight Club 3, Grand Theft Auto: Liberty City Stories, and its sequel Vice City Stories. ESRB ratings don't reveal what kind of "editions" we will get of these games, but they do indicate that they're at least on their way.

Rockstar has not yet confirmed PS4 releases of these games, so at the moment it is best to treat this information as a rumour. Which one of these would you most like to see though?

ARTICLE. Written by Lisa Dahlgren on the 3rd of February 2019 at 08

The Fall of Max Payne hit players hard with its convincing, dark narrative way back in 2003.

Rumour: Rockstar bringing a bunch of classics to PS4

Including GTA, Max Payne, and more. 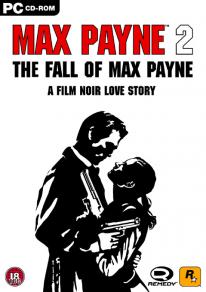