Samurai Shodown and Star Wars Jedi: Fallen Order are just two titles that have recently had next-gen versions revealed. Many developers are now revisiting their previous titles and are reworking them to take advantage of the new consoles' improved horsepower. One title that could be joining this list is Resident Evil 7, as Capcom inside Dusk Golem has claimed that a next-gen version for the game will be arriving in the future.

Dusk Golem took to Twitter to share this rumour after last night's Resident Evil showcase, and he claimed that Capcom had more secrets up its sleeve. In the same tweet, he also mentioned that VR support was present within Resident Evil Village at some point, but he's unsure what the case might be for it currently. If you recall, Resident Evil 7 was one of the headlining titles for the PSVR during the last generation.

Of course, rumours like this should be taken with a pinch of salt, but we should add that the same insider was able to correctly predict that Resident Evil Village would launch in May.

Three free PSVR games are also coming to PS Plus next month.

Biohazard only launched a few years ago.

Capcom has really made everything right lately, and games like Monster Hunter: World, Resident Evil 7: Biohazard and Resident Evil 2 have performed extremely well. And it... 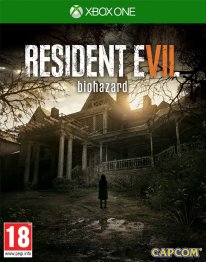