A fresh-faced rumour has this week surfaced and it states that a new Ratchet & Clank game is in the works and, what's more, it's suggested that the game could be a PS5 launch title.

You're right to ready that pinch of salt, as there's no official word from anyone involved. In fact, the new report comes via games journalist Colin Moriarty, who announced the news on his podcast, Sacred Symbols (which was then picked up by ComicBook), where he said:

"We're going to get a Ratchet and Clank in-between that [Spider-Man 2018 and its rumoured sequel] on PlayStation 5. I feel like that's going to be a launch game, the Ratchet and Clank game that's long been in development at Insomniac."

The last time we saw the enigmatic pair was back in 2016 when Sony and Insomniac rebooted the franchise and released Ratchet & Clank alongside a movie adaptation. Since then, Insomniac blew us all away with Spider-Man, and Sony subsequently acquired the studio after years of close collaboration.

The studio's next project has yet to be officially announced, but if there is a new Ratchet & Clank in the works and if it is indeed going to be a PS5 launch title, we imagine we'll hear about it sooner rather than later. Stay tuned.

"Ratchet & Clank is both as fun and as entertaining as it was 14 years ago."

Rumour: New Ratchet & Clank could be a PS5 launch title

A new rumour has surfaced that suggests that a new Ratchet & Clank game is in the works and it could be a PS5 launch title.

Charts: Ratchet & Clank makes it two in a row

First PS4 exclusive since The Last of Us Remastered to achieve this.

Best first week in the history of the franchise.

This looks more like a greatest hits compilation than a quick movie tie-in or remake. 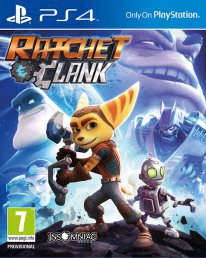