No official release dates have been released yet for Immortals: Fenyx Rising's upcoming DLC, but an eShop listing could have revealed all. Eagle-eyed Switch owners have noticed that all of the Ubisoft title's forthcoming DLC episodes have been dated on the storefront. According to the listing, "A New God" will launch January 21, "The Lost Gods" will launch February 25, and finally, "Myths of the Eastern Realm" will launch April 1.

Of course, all of this should be taken with a grain of salt as no confirmation has yet come from Ubisoft. You can read our review for the game here. 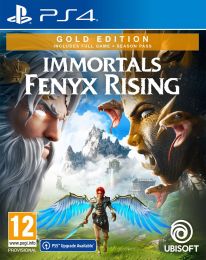