During an AMD event in South Korea dedicated to the R5 processor family, the company also took the opportunity to show off the upcoming GPU, named RX Vega, with a video. Several titles were shown, but there was one that made people sit up and take notice.

That title is Halo 3: Anniversary, which has not been officially announced, but has been rumoured on several occasions previously. Halo 3 celebrates ten years this autumn, and it does seem like Halo 3 might finally be coming to PC, and has been optimised for high-end hardware.

It doesn't seem likely that Microsoft would release a console title like Halo on PC for the game's anniversary, and then leave the Xbox consoles out. A more than reasonable guess would be that a heavily reworked version of Halo 3 will be one of the main draws for Xbox Scorpio later this year.

AMD making up their own Halo demo and sneaking it into a presentation of upcoming games doesn't sound very plausible, but since nothing is confirmed, bring out a salt shaker and sprinkle accordingly. 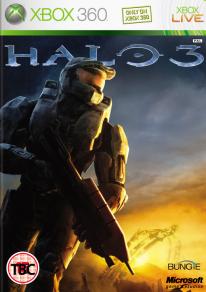