When Microsoft announced its acquisition of Zenimax Online last year, one of the titles we speculated could be coming was Fallout New Vegas 2. Of course, we had no real evidence for this, but our imaginations ran wild with Zenimax and Obsidian both moving to be underneath the same umbrella. Now several months on from the acquisition, our hopes have been further ignited as Tyler McVicker, an industry insider, has claimed that the title is indeed on the way and will be arriving in the latter part of the decade.

The same insider also claims that The Elder Scrolls 6 is coming between 2026 and 2027 and that a Fallout 5 release could be coming close to the 2030s. These dates may seem like pure speculation, and everything here should be taken with a grain of salt, but as ‎AltChar states, the same insider managed to successfully leak Half-Life Alyx years in advance.

Bengt has ventured into the Mojave wastelands and brought back a review of one of the most anticipated titles of 2010 - Fallout: New Vegas.

Rumour: Fallout New Vegas 2 will launch in the latter part of the 2020s

It's shaping up nicely so far.

We've got a taste of how the work is going.

"We had to simplify, so we had less stuff that would bog down the game engine."

A modder is creating the Fallout: New Vegas map in Fallout 4

They've shared a video of the progress.

Multiplayer mod in the works for Fallout: New Vegas

The wasteland is getting a lot more dangerous. 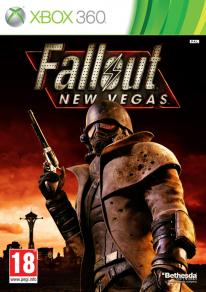