After the huge success that was (and still continues to be) Grand Theft Auto V, and with the highly-anticipated Red Dead Redemption 2 on the horizon, Rockstar is apparently looking to make a sequel to Bully in the future, according to a new rumour.

The rumour has been reported on the official GTA forums by Yan2295, a highly respected user of the community who has previously revealed information that's later turned out to be true. Yan2295 simply wrote: "Bully 2 is indeed in development and is supposed to be the next game after RDR2."

This isn't the first time someone has mentioned a Bully sequel, however, as five years ago Rockstar's co-founder Dan Houser stated that this sequel would be in development after Max Payne 3. Would you like to see a Bully 2?

Bully: Scholarship Edition is available on Xbox One

Manhunt and Bully out on PS4, Xcom takes a turn on PS Vita 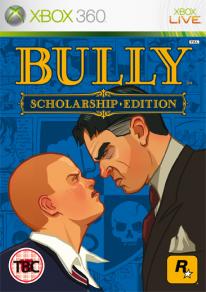