Everyone seems to be clamouring for a remastered version of The Elder Scrolls V: Skyrim, but up until now there hasn't been any indication that Bethesda was actually working on it.

The usually reliable industry insider shinobi602 recently visited a podcast hosted by MrMattyPlays, and here he mentioned, that Bethesda is working on a remaster of the game. Unfortunately that's where the information ends, but you can probably make some educated guesses about the content...

However, if you take a glance at Bethesda's E3 banner, you can see several characters from the Elder Scrolls universe, which could be hinting at an announcement of sorts.

Bethesda's E3 press conference is slated for 3:00am BST (4:00am CEST) the night between Sunday and Monday.

The Elder Scrolls V: Skyrim gets more content and comes to PS5 and Xbox Series S/X

This will happen on November 11 which is the game's 10th anniversary.

The boost in frame rate can come at the cost of resolution in some select titles.

The Elder Scrolls V: Skyrim is about to get the boardgame treatment

The popular RPG makes its way to yet another format.

As part of Xbox's The Game Awards announcements, a whole list of titles has been announced for the service. 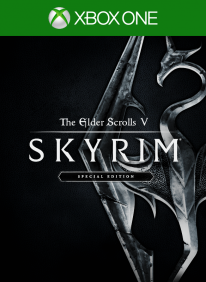