Harmonix and his new partner Performance Designed Products LLC (PDP) have announced the release date for Rock Band Rivals in Europe. This huge DLC will be available to download on PS4 and Xbox One on November 30, but there will be also new boxed units on stores with the Rivals version of the game and the new Fender Jaguar guitar.

Rock Band Rivals brings back online multiplayer to the music franchise in a new way. In Rivals Mode people have to form crews of up to ten people and compete against other bands in different challenges. This expansion include new venues and items to buy in the Rock Shop. 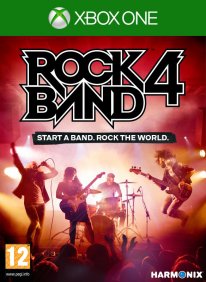