Ever since the belated release in Europe, Rock Band has struggled to compete with the Guitar Hero series. Now EA and MTV Games are rolling out the game for Playstation 3 and Wii while lowering the price on the instruments for Xbox 360.

In should be mentioned that Rock Band 2 launches in the States on September 14 (Xbox 360). No date for other versions or other parts of the world has been announced.

iOS version closes on May 31.

For non-metal people: The Doobie Bros

Rock Band gets cheaper in Europe

Thank you for your time. We will take care of this matter as soon as posible
YAY

The right man in the wrong place, Can make all the difference in the world
Thank you for your time. We will take care of this matter as soon as posible
fucking awesome dude

Thank you for your time. We will take care of this matter as soon as posible
Rock Band 2 on September 14th???
WTF??!? Come to Europa!!
This post is 99% beef and the rest exaggeration 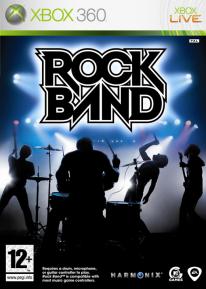