Harmonix have announced that they will cease updating Rock Band with new DLC, with the last piece of DLC arriving on April 2.

The Rock Band franchise, starting with the first release in 2007 (North America) has seen weekly updates for 275 weeks running with more than 4000 songs released across the platform. Clearly the most updated games ever to appear on console.

"While there is no content currently scheduled beyond April 2nd, we still have DLC releases lined up for the next few weeks, including the remaining tracks from Rock Band Blitz, several Pro Guitar upgrades, and a handful of artists who have not yet appeared in Rock Band."

The ongoing 50% off sale on Rock Band DLC will continue with over 1,100 songs discounted for those who want to bolster their selection of songs.

As a reason Harmonix stated that they now need the programmers to work on several other projects - so hopefully we'll hear some exciting Harmonix news soon. 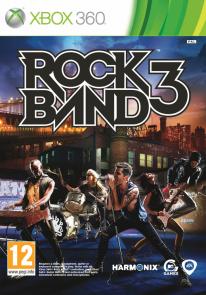