As soon as we jumped into the demo for Crytek's upcoming VR release Robinson: The Journey we were plunged into a vibrant jungle full of strange noises, with verdant greens all around. The game is described as a "living, breathing world" and this was clear throughout the demo as we saw insects scurrying around us, trees moving in the breeze, and of course there's the main attraction, the dinosaurs, including raptors, pterodactyls and a long-necked dinosaur that looked possibly like a brontosaurus (it's hard to be sure).

The demo puts you in the shoes of the protagonist, Robin, as he follows a floating robot through the jungle in order to find things that may help him, such as supplies from his fallen ship. There wasn't much detail on the story in the short demo but it seems like this robot will be your friendly, witty companion throughout your time on this planet and offer tutorials and advice when you need it.

One point that the robot did offer advice was when we encountered a puzzle which required us to distract a dinosaur whose head was blocking our path. The solution was to pick up some of the scattered wreckage on the ground and throw it at the fruit for the dinosaur to eat, but it took us a while to figure out. The game promises to deliver more of the same puzzle elements in the final product and so this was only a taste of what's to come. There didn't seem to be any combat at all but maybe they may add this in the future - the ability to throw things would indicate that this could be a possibility.

Another key element showcased during the demo was climbing. Surprisingly this feature works very smoothly and can be performed very easily, aiming your grip by looking at where you want to go and using L2 or R2 to grip with the corresponding hands. This was great to test out and even allowed for more advanced things like shuffling hands along without falling off. The climbing available here was on both fungi and vines and so it seems safe to presume climbing will feature heavily in the finished game, as will exploration.

In terms of visuals, the world was very vibrant and immersive thanks to the mix of colours, but there was a little bit of blurriness at times and the quality dipped. This wasn't a major issue but we're now wondering whether there will be repeated instances of that in the main game and whether that would affect the experience dramatically. The bigger picture of the canopy above you, the jungle floor beneath you and the huge forest on all sides, though, was crafted very well. The dinosaurs themselves looked as big and intimidating as you'd expect them to, especially when they're towering over you or rushing to protect their eggs, and their respective animations seemed smooth and natural.

The overall technical performance was consistently good throughout, running smoothly and with its various mechanics all being executed without a hitch, including climbing, picking things up and throwing objects. This little teaser was enough to get us excited about what Crytek's prehistoric dinosaur adventure might offer, and we're looking forward to seeing where Robinson's Journey takes players in the future. No release date has been announced yet as the game is in the early stages of development,, so it's uncertain how long players will have to wait to explore the jungle with their robot companion.

"We can't help but think that there was more planned and things got scaled back along the way."

Now might be the time to start your journey.

Robinson: The Journey no longer a PlayStation VR exclusive

Raise a dinosaur in Robinson: The Journey

The AI unit HIGS won't be your only companion in this new world.

How many hours of fun will you get?

Crytek's Robinson: The Journey is one of the first full price PSVR games

Visit a dinosaur-filled world in this new game from the Crysis developer.

The dinosaurs won't miss the PS VR launch by much. 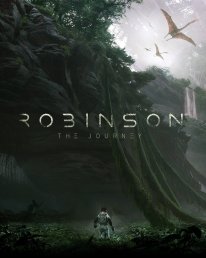