Racing game developer Milestone has announced that their Ride franchise will be returning on November 8 with Ride 3, releasing on PC, PS4, and Xbox One, and we even have a brand new trailer to celebrate the occasion.

"Ride franchise is one of the most consolidated in Milestone's portfolio, a series of titles dedicated to all motorbikes' fans," the press release says. "The series has established itself as a tribute to the motorbike culture, recognized as unique in its genre thanks to the extremely wide offer, with RIDE 2 winner of the Guinness World Record for Most licensed bikes in a videogame, and to the game experience it offers."

What's different this time around is that Unreal Engine 4 is at the heart of it, with the list of tracks also increased to provide even more content, which applies to the more than 230 bikes as well. Customisation has also been improved, meaning players can personalise their bikes in terms of cosmetics and performance, featuring over 500 customisable bike parts and a livery editor.

Visually there is better visual rendering, detailed particle and lighting effects, night modes for the first time, and a drone scanning system for all the tracks. All of this should make the brand new career mode look great too, which is based on volumes in order to provide "a unique experience that tells the story of a specific bike category, manufacturers or iconic tracks".

With improved AI, new physics, and a revised collision system too, Ride 3 is shaping up pretty nicely already. Don't you agree? 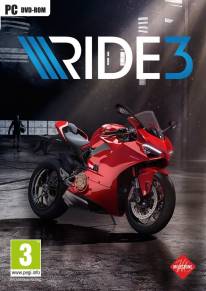