One of the "casualties" of the recent Activision Blizzard merger was the sequel to the 2005 hit The Chronicles of Riddick: Escape from Butcher Bay by Swedish developer Starbreeze. Activision Blizzard will not be publishing the game, and are seeking to sell it to another publisher, leaving the developer hanging.

Initially The Chronicles of Riddick: Assault on Dark Athena was meant to be an HD re-make of the original with an extra chapter on board the mercenary ship Dark Athena added on. However, according to what Gamereactor has learnt from publisher sources development shifted soon after its announcement in May 2007 to be a full on sequel and the HD re-make plans were scrapped. No official confirmation of this has yet been issued and in fact nothing has been revealed about the game after its initial announcement.

We contacted the CEO of Starbreeze Studios Johan Kristiansson with a few questions on how the hunt for a new publisher was going, and the status on their other game "Project Redlime" to be published by EA (announced in February 2008). However, he only wanted to share a brief statement with us, as matters are still unresolved:

"You have many interesting questions, but unfortunately I am not at liberty to share any information regarding this yet.

I can only say that we are in the final stage of the Riddick production and that work is progressing very well. We are very happy with the game, and hope to be able to reveal more information soon."

Riddick demo on its way 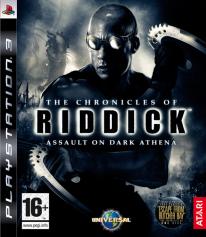