"Mind Control Delete manages to deliver loads of exhilarating moments despite the structural changes that have been made."

Text: Mike Holmes Published on the 9th of July 2020

Text: Daniel Andersen Published on the 7th of July 2020

"With My Team and new accessibility options, F1 2020 has something for everyone, regardless of whether you're last year's champion or this year's rookie."

Text: Mike Holmes Published on the 6th of July 2020

Text: Petter Hegevall Published on the 29th of June 2020

"SpongeBob SquarePants: Battle for Bikini Bottom - Rehydrated satisfies a lot of nostalgic wants and desires the original left fans with all those years ago."

Text: Stefan Briesenick Published on the 20th of June 2020

"I'd take Eco Lifestyle and its challenges over an exotic island for my Sims to have mimosas on any day."

Text: Lisa Dahlgren Published on the 19th of June 2020

"Valorant is a fun game that we'll most definitely hear more about within the esports scene."

Text: Henric Pettersson Published on the 15th of June 2020

"A very enjoyable game which I will no doubt spend tons of time playing, and it's also a great upgrade over the previous iteration."

Text: Daniel Andersen Published on the 15th of June 2020

"You can clearly feel the influence of Halo and, with a little refinement, Disintegration could grow to be outstanding."

"The pacing of the action is just too slow and it felt like I spent more time getting to the fun than actually having it."

Text: Mike Holmes Published on the 9th of June 2020

"Despite how scenarios narrow your choices you can, if you don't mind being sub-optimal, tackle challenges in a variety of ways."

"The best part is that Besiege encourages free-form building, so you don't need to stick with traditional ideas."

Text: Bradley Newson Published on the 8th of June 2020

"The experience still holds up and it comes with pretty much everything that a C&C fan could possibly want."

Text: Mike Holmes Published on the 5th of June 2020

"There was a lot of dying and yes I found it too tricky at times, but the combat and the action was always engaging."

Text: Roy Woodhouse Published on the 5th of June 2020

"Apart from a few matches where we found ourselves getting extremely frustrated, the crazy online multiplayer was a lot of fun."

"Maneater takes the essence of GTA and channels it into a relentless ocean-based romp that somehow also manages to show the atrocious impact we humans have on our oceans."

"With plenty of DLC and a main story campaign full of intrigue and excitement, Mafia II is still worth a look in 2020."

"It may not offer anything particularly new, nor is it massively long, but Fury Unleash is still bags of fun."

Text: Fabrizia Malgieri Published on the 13th of May 2020

"Kards is a great game for card fans, but it's also a good option for those who want to get a first taste of the genre."

Text: Lisa Dahlgren Published on the 8th of May 2020

"All in all, Stranded Deep is good fun and will keep you entertained for a few hours."

Text: Roy Woodhouse Published on the 7th of May 2020

Text: Johan Vahlström Published on the 6th of May 2020

"If you're looking for a zombie-filled experience that evokes the spirit of the '90s classics, replay one of the new Resident Evil remakes instead."

Text: Roy Woodhouse Published on the 5th of May 2020

Text: Lisa Dahlgren Published on the 1st of May 2020

"There's fun to be had, but technical issues and repetitive gameplay bring the experience down."

Text: Lisa Dahlgren Published on the 28th of April 2020

Text: Roy Woodhouse Published on the 27th of April 2020

"Every move is exciting and there are always multiple options, and we suspect it will have an impact on how the genre develops in the future."

"If you can get on with the control system and the sometimes over-long battles, you will find an interesting and inviting adventure."

Text: Roy Woodhouse Published on the 24th of April 2020

Iratus: Lord of the Dead

"Iratus: Lord of the Dead is a deep strategy game that allows for a wide variety of tactics while offering high replay value."

"It's an improvement on the XCOM formula in all the right ways, while also adding a lot of fresh additions, such as an interesting squad of characters and a new turn system."

Text: Anders Fischer Published on the 23rd of April 2020

Text: Paweł Matyjewicz Published on the 22nd of April 2020

"A monumental update to Fallout 76, marking its single greatest step in quality since it launched almost eighteen months ago."

Text: Kieran Harris Published on the 17th of April 2020

"A solid strategy-simulation title with plenty of depth in its simple and easy to understand design."

"If you're looking to spend 10 to 15 hours in a game that tells you nothing but gives you a bit of absolutely everything, look no further."

Text: Lisa Dahlgren Published on the 15th of April 2020

"If you bought Resident Evil 3 and are looking for more hours of zombie slaying, don't discount this addition. It might just surprise you."

Text: Roy Woodhouse Published on the 6th of April 2020

"Considering the modest price, if you're a fan of the FMV genre we'd recommend taking a chance on this one."

Text: Mike Holmes Published on the 5th of April 2020

"There's no doubt that those of you looking to revisit the famous campaign will get real bang for your buck."

Text: Eirik Hyldbakk Furu Published on the 3rd of April 2020

MSI's GE66 Raider is an intriguing laptop and Magnus talks us through the pros and cons.

It's time to take a closer look at a new controller for mobile devices, the SteelSeries Nimbus Plus.

In our latest Quick Look, we investigate the new ChargePlay Base from HyperX, a system that lets you wirelessly charge a couple of Qi-compatible products simultaneously.

We take a closer look at Google's new WiFi eco-system.

Logitech has been making tablet keyboards and cases for a while now, and Magnus shares his thoughts on the Logitech Slom Folio Pro.

As we continue to diversify and cover different kinds of consumer electronics, Magnus shows off the Ninebot by Segway KickScooter ES2.

Summer is here and while reality isn't letting us live out our dreams outside, Overcooked 2 is hosting a parade and we joined in.

Trackmania has returned, this time leaving consoles behind and focusing instead on PC, the traditional home of this quirky racing series. Here, Kieran dives in to check out the new features and set a few personal bests.

F1 2020 is not only a Simracer but also includes a variety of casual and social play options.

We finally got our hands on the new streamlined ROG gaming laptop from ASUS, and these are our first impressions.

In our latest Quick Look, we show off a new pair of premium wireless headphones from audio specialists AKG.

Join Magnus at home as he takes a closer look at a handful of different products that link into the innovative Hue range from Philips.

As Ubisoft prepares to dive into the Battle Royale market Hyper Scape is currently running a technical test.

SpongeBob SquarePants is back on all modern systems in the remastered version of Battle for Bikini Bottom so Dóri dived in to help him save the city from evil robots.

DGF Studio Lead and CEO was at Gamelab Live 2020 to talk about narrative and later on during this interview with Gamereactor we also looked at their recent and beautiful Mutazione, what games can learn from theatre and much more.

Giant Sparrow's creative director video chats with Gamereactor within the Gamelab Live 2020 framework to look back at their awarded adventure and to talk about creating games with things in mind like sense of wonder or player tasks and focus. Besides, a few comments on their mysterious new game, which is all about interaction with animals and creatures.

Magnus takes a look at the Lancaster, a new office chair from AJ Products.

Ghost of Tsushima - 5 Things You Need to Know (Sponsored)

We kick of our 5 part video series with an overview of what Ghost of Tsushima has to offer!

We travelled back to Alan Wake's planned refuge of Bright Falls ahead of the release of Control's cross-over expansion. 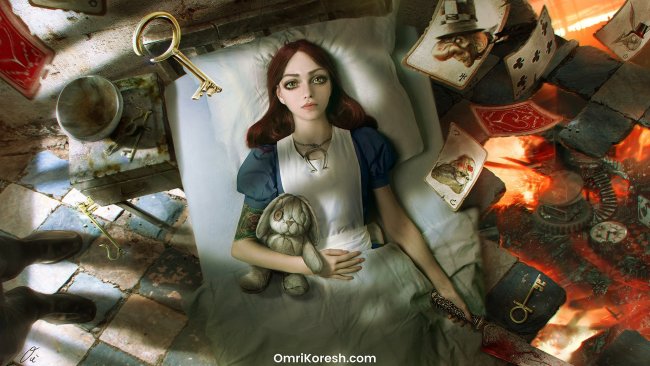 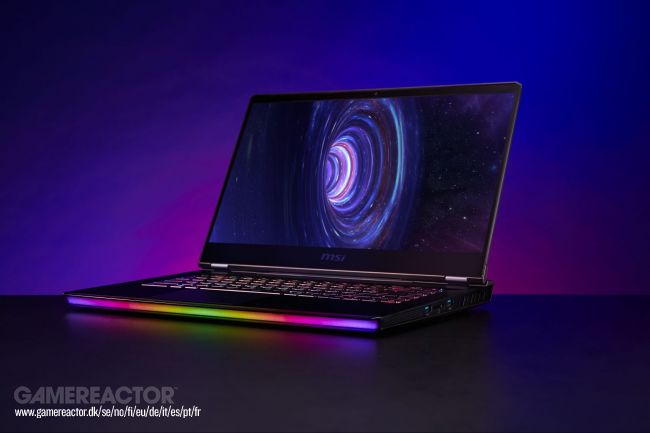 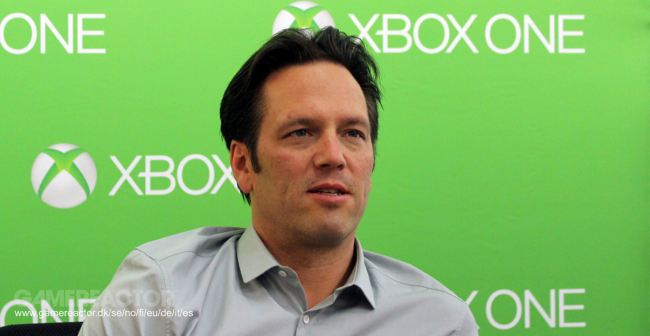 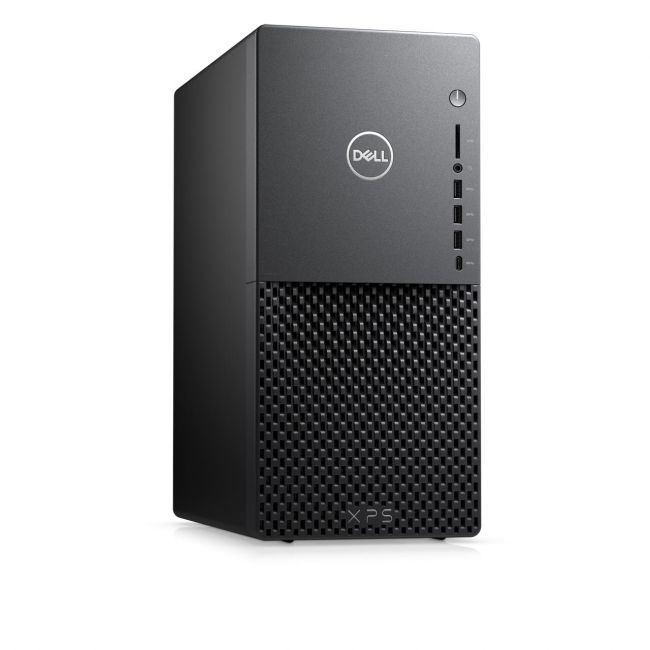