"If you've got little ones cluttering up the place, then we'd say that it's absolutely worth taking a closer look."

Text: Mike Holmes Published on the 1st of April 2020

"The only drawback is the lack of replayability, but we think the fantastic adventure offered by the initial playthrough more than compensates for that."

"Hidden Through Time is a lovely game and if you liked Hidden Folks we're pretty sure you're going to enjoy this too."

Text: Petter Hegevall Published on the 26th of January 2020

Text: Petter Hegevall Published on the 17th of January 2020

"It's a puzzle game that fans of the genre should certainly try their hand at, although everyone else should probably just try it to take in the view."

Text: Sam Bishop Published on the 25th of November 2019

Text: Kieran Harris Published on the 19th of November 2019

"It's charming, unique, silly and addictive in a way that very few Apple Arcade games have been so far."

Text: Petter Hegevall Published on the 9th of November 2019

Text: Petter Hegevall Published on the 12th of October 2019

Text: Ben Lyons Published on the 6th of October 2019

Text: Sam Bishop Published on the 30th of September 2019

"It's not easy and it's certainly not straightforward, but Barlow leaves enough clues to give you threads to follow."

Text: Sam Bishop Published on the 2nd of September 2019

Text: Kieran Harris Published on the 5th of July 2019

Text: Ricardo C. Esteves Published on the 15th of April 2019

"This board game version has evolved into a fun, strategic and streamlined digital game."

Text: Clover Harker Published on the 24th of March 2019

Text: Mike Holmes Published on the 6th of February 2019

Text: Mike Holmes Published on the 31st of January 2019

Text: Jonas Mäki Published on the 16th of January 2019

Text: Ricardo C. Esteves Published on the 4th of January 2019

Text: Xavi Mogrovejo Published on the 31st of December 2018

"Although it was a bit short and we'd have liked some of the ideas to have been expanded on further, we had a lot of fun."

Text: Roy Woodhouse Published on the 27th of December 2018

Text: Mike Holmes Published on the 18th of December 2018

Text: Mike Holmes Published on the 28th of November 2018

"It's a great concept, but one that's a little held back by the nature of free-to-play mechanics and friction."

Text: Bengt Lemne Published on the 26th of November 2018

"This is the perfect game to perhaps play with your young child before bedtime."

Text: Sam Bishop Published on the 21st of November 2018

"If you're macabre you'll want to experience all the way in which your regent can meet his or her end."

Text: Bengt Lemne Published on the 19th of October 2018

"Increase your speed and you'll burn more fuel. Slow down and you run the risk of starvation, even leading to cannibalism."

Text: Roy Woodhouse Published on the 9th of September 2018

"It doesn't deliver enough for players to sink their teeth into after the initial novelty starts wearing thin."

Text: Kieran Harris Published on the 28th of July 2018

"As it stands, even if Westworld is full of things to click and manage, it comes across as a bit pointless."

Text: Bengt Lemne Published on the 5th of July 2018

"There's nice variety added to what is a simple and well-established formula."

Text: Kieran Harris Published on the 9th of May 2018

"Witchwood is yet another quality expansion for Hearthstone."

Text: Ricardo C. Esteves Published on the 19th of April 2018

Text: Petter Hegevall Published on the 6th of April 2018

Text: Ricardo C. Esteves Published on the 31st of March 2018

The Adventures of Bertram Fiddle - Episode 1: A Dreadly Business

"All in all this is worth picking up if you're wanting to pass the time with an easy and accessible point and click game, but don't expect tons of substance past that."

"Part Time UFO is such a charming little game that it's easy to overlook the frustrating moments."

Text: Mike Holmes Published on the 9th of March 2018

Magnus reveals his thoughts on why you should pick up these brand new noise cancelling headphones from Sony.

The Best of the Best: Our top ten games in the PS4's generation

We looked back at the best of what the PS4 had to offer.

Join Rebeca as she tries out Helheim Hassle

Eirik played the PlayStation 5-exclusive so that those who don't own the console can see what happens in it.

We talk about the news that Valve and five other games publishers have been fined by the EU Commission for geo-blocking PC games.

MapleStory Awake: Flicker of Light - All You Need To Know (Sponsored)

MapleStory’s Awake: Flicker of Light update is now in full swing, so to mark the occasion, we’ve put together a helpful, short video detailing all you need to know about the new content coming to the title.

On the latest episode of GR Live, we check out IO Interactive's most recent stealth title, Hitman 3.

Fallen Order has just received a next-gen update and we thought we would put it to the test by comparing it to the vanilla Xbox One.

On today's GRTV News, we talk about the recent claim that a scalper bot secured over 2000 PS5 units in one restock.

On today's episode of Quick Look, we check out the Samsung Galaxy S21 phone that comes with a 120Hz max display refresh rate and 5G capabilities.

On this episode of Quick Look, we check out the Belkin Boost Charge 3 in 1 Special Edition, designed to be the one stop accessory for charging your iPhone, Airpods and Apple Watch all at once.

As part of a special episode of Quick Look, Magnus takes us through what he carries everyday in his current tech bag.

We take a look at Razer's latest iteration of their signature keyboards in the BlackWidow V3 Pro, which is a device that features wireless capabilities and full Razer Chroma RGB support.

We checked out the final instalment into IO Interactive's World of Assassination trilogy, in the latest stealth title Hitman 3.

The Cheesy World Championship: The top 10 cheesy strats in CS:GO

In collaboration with non-profit organisation Veganuary and vegan brand Violife, The Cheesy World Championship is the first esports tournament in the world to reward its competitors with the cheesiest tactics. During the tournament, we’re asking all you griefers, campers, showboats, n00bs and fraggers to put your cheesy moves out on display. To get the creativity spiraling, we’ve assembled a small taster platter of our favorite cheesy moves in Counter-Strike: Global Offensive:

We talk about IO Interactive's recent statement regarding guaranteeing that PC players won't need to repurchase Hitman 1 or 2, following the purchase of Hitman 3.

We've heard your comments and that's why we're checking out the Peak Design Everyday Backpack 30L. This adaptable backpack is easily the most requested product of its kind that we have covered to date.

Games We Should Be Worried About

We take a look at a few upcoming games that appear to be in some serious trouble. 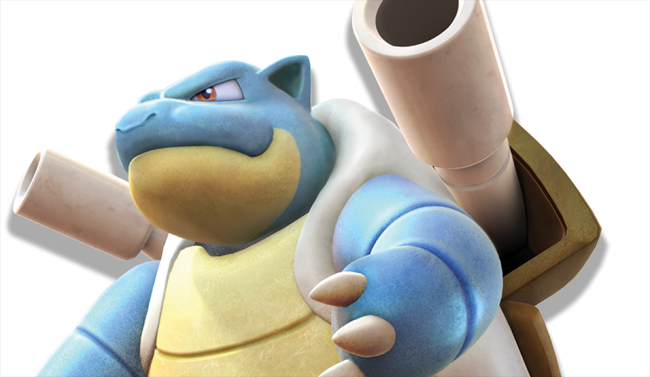 Check out this Blastoise Pokémon card that costs almost half a million dollarson the 22nd of January 2021 at 19:11 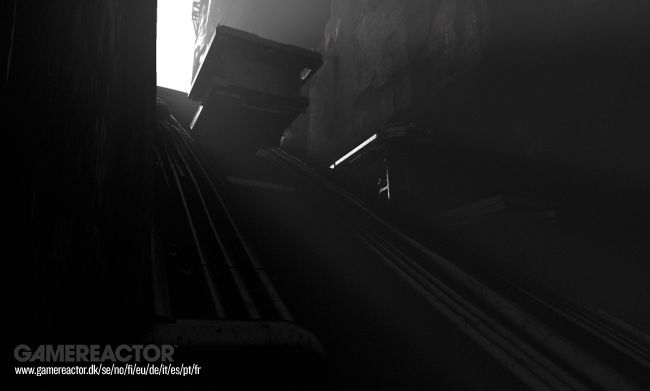 Limbo creator Play Dead's next game will be "set in a remote corner of the universe"on the 22nd of January 2021 at 18:32 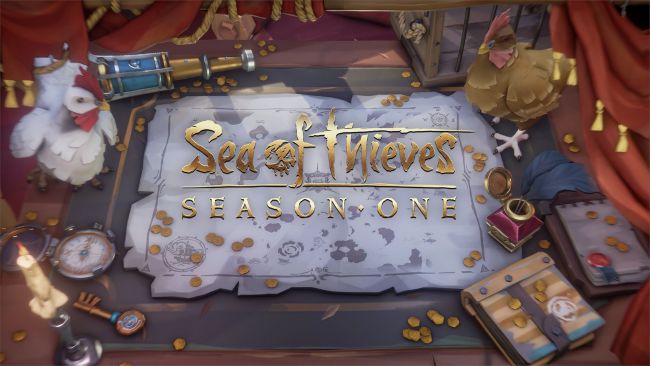 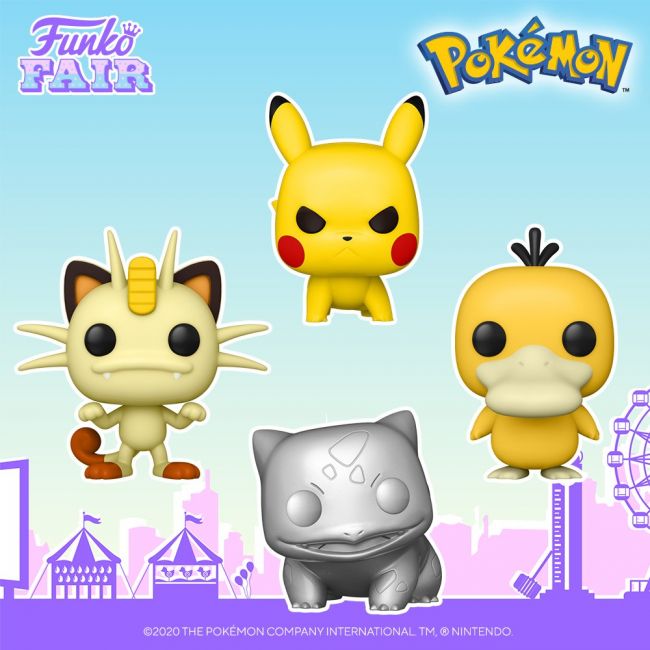 A new line of Pokémon Funko Pops have been revealedon the 22nd of January 2021 at 17:24
Cookies