Text: Ingar Takanobu Hauge Published on the 31st of August 2019

"Teamwork is not only favourable when raiding, and throughout Classic you will find the game steering you towards joining forces with others."

Text: Clover Harker Published on the 29th of August 2019

The Dark Pictures: Man of Medan

"The technical state of the game is enough to put a dampener on what's actually a very intriguing, if not short, first entry in The Dark Pictures."

"For the curious Georges out there seeking something different, it might have a certain appeal with its semi-pedagogic approach to evolution."

Text: Ingar Takanobu Hauge Published on the 28th of August 2019

Text: Lisa Dahlgren Published on the 26th of August 2019

"We would have liked to have seen more healing items in the game as it would have given us more opportunities to progress. Then again, maybe we just suck."

Text: Kim Orremark Published on the 17th of August 2019

The Church in the Darkness

"It keeps the adrenaline pumping, making you want to experiment more as you decide where you want to take the story. After a while, however, it starts to wear thin."

Text: Jonathan Sørensen Published on the 16th of August 2019

"The technical issues could perhaps be removed via a future patch but it's concerning just how frequently they cropped up."

Text: Kieran Harris Published on the 14th of August 2019

"It might not hit the heights of its competitors in the space, but it's definitely worth a try for those who like fast-paced, frantic platforming with a splash of combat thrown in."

"We'd recommend Eliza not only to fans of visual novels, but to those who love a story that provides food for thought."

Solo: Islands of the Heart

"Aside from some difficult problems and the very occasional mention of mature themes, this is a fun experience for all ages."

Text: Ben Lyons Published on the 8th of August 2019

"The odds are never impossible, and it's a rewarding game that constantly pushes you to adapt with all of its parameters."

Text: Sam Bishop Published on the 7th of August 2019

Text: Lisa Dahlgren Published on the 7th of August 2019

"The map and battles look great, with interesting varieties in the looks of units."

Text: Roy Woodhouse Published on the 6th of August 2019

"An explosive old-school mech shooter that packs plenty of humour within its absurd plot and offers heaps of weapon customisation capabilities."

Text: Kieran Harris Published on the 6th of August 2019

"Who do you trust? That's the dilemma at the heart of Lightstep Chronicles."

Text: Sam Bishop Published on the 1st of August 2019

"The Blackout Club is a unique take on the horror-stealth genre that allows players to group up and experience fear as a team."

"The weapon handling is just as good as you'd expect, the story is great if a little sparse, and killing Nazis feels as great as ever."

Text: Lisa Dahlgren Published on the 29th of July 2019

"The AI needs a bit of work, however, it's good if you're looking for something light and fun."

Text: Roy Woodhouse Published on the 29th of July 2019

"It's not about shifting the pieces in the game but changing how the game itself operates, and only those with a keen perceptive eye can succeed."

Text: Eirik Hyldbakk Furu Published on the 18th of July 2019

"The visuals work incredibly well with both the narrative and the feel of the game, immersing the player from start to finish."

Text: Lisa Dahlgren Published on the 17th of July 2019

Text: Lisa Dahlgren Published on the 16th of July 2019

"If you like the idea of dystopian fisticuffs with cannibals and genetically-modified gorillas and you can forgive the odd cheap death, these streets are worth exploring."

Text: Lisa Dahlgren Published on the 6th of July 2019

Text: André Lamartine Published on the 5th of July 2019

Text: Kristian Greiner Ådnesen Published on the 4th of July 2019

Text: Sergio Figueroa Published on the 3rd of July 2019

Text: Sam Bishop Published on the 2nd of July 2019

"It looks good with its crisp and polished visuals, plays well thanks to some solid gunplay and plausible physics, the island itself is interesting to explore."

"We didn't think F1 2019 could add much more, especially in such a short time frame, however, Codemasters has made pole position yet again."

Text: Graham Bellars Published on the 27th of June 2019

Text: Kieran Harris Published on the 27th of June 2019

Text: Lisa Dahlgren Published on the 25th of June 2019

"It's a little barebones in places, and not all modes are created equal, but there's still a lot to like about Mordhau's brand of bloody medieval warfare."

Text: Mike Holmes Published on the 9th of June 2019

Text: Kieran Harris Published on the 5th of June 2019

"It lets players face the action in whichever way they choose, be it a staggeringly difficult battle through chaos beasties or just a relaxing horde slaying experience."

"A unique platforming experience which has tight mechanics and a combat system to set it apart from the rest."

"Everything got a little monotonous, and this blend of gameplay is all that Conan Unconquered really has to offer."

"On the cusp of finishing the game you may look at the array of derelicts, supply drops, space whales, and pirate ships and find it hard to want to keep playing."

"Don't be fooled by the sleepy village of Graavik; there's so much more under the surface."

"Controlling SAM provided some of the most unique and innovative storytelling mechanics we've seen."

We spoke to Anomaly Productions' Hannah Wall about the innovation that is AR implementation in books.

We spoke to SK Hynix's Jet Woo at CES 2020 about the company's venture into the consumer storage market with its NVMe and SATA SSD's.

Minaz Fazal, senior product manager at Netgear, took us through the features of the Nighthawk 5G mobile router at CES 2020.

We spoke to OWC's Jeff Jorgensen about the latest OWC products at CES 2020.

Dóri takes us through the grand Sony booth at CES 2020.

Samsung field sales manager Starr Brown took us through the specs and features of the ultra-wide, curved gaming monitor, the Samsung Odyssey G9.

We had a chat with Sony Electronics' Eric Guerrido about Sony's 8K TV lineup at CES 2020.

Knut Eirik Rørnes, product specialist (TV/AV) at Samsung took us through Samsung's latest TV lineup and the features of the products at CES20.

Overwatch's latest event is live right now, and we got the chance to see some of the cosmetics and try the challenges on our livestream

LG is always at CES with its latest panels, and 2020 was no different. We take a look at what the TV specialists brought with them to Las Vegas.

Dóri tries out On Point, the new arcade title that blends airsoft and video games.

Lucas Cort from UNIS Technology was on hand to explain On Point, his company's new arcade game which blends video games with airsoft target practice.

Be Quiet! PR manager Xander Hoose was on hand to talk us through some of the company's stealthy products, including a new PC gaming tower called the Pure Base 500DX.

Alex from Razer was on hand to show off some of the company's additional product lines at CES 2020. In this latest interview from Las Vegas, we get a good look at the Kishi controller for Android, the Sila 5G Home Router, and the Arctech Pro phone case.

Kassandra O'Brien from AtGames was at CES 2020 to show off the Legends Ultimate Arcade, a fully-featured cabinet stuffed full of classic arcade games.

With snow covering Plants vs. Zombies: Battle for Neighborville, we headed back in to celebrate the winter festivities.

Mionix CEO Peter Nygren talked us through his company's range of gaming mice. 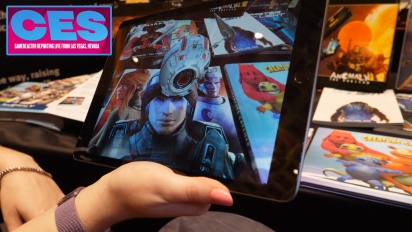 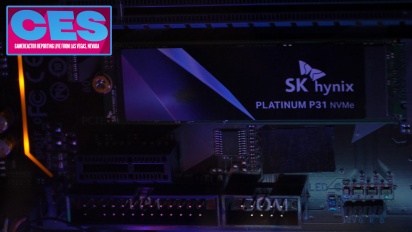 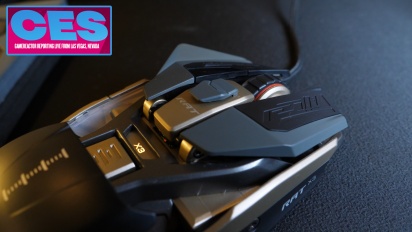 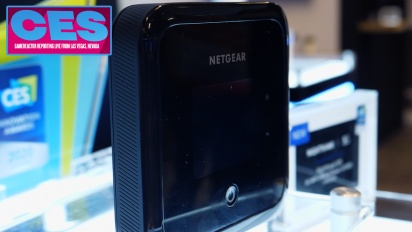