Retro Studios' upcoming Wii U title has already been a source of speculation with rumours ranging from a Zelda game to a Star Fox reboot. Now Nintendo's Hiro Yamada (who is overseeing Monster Games' adaptation of Donkey Kong Country Returns to 3DS) told Official Nintendo Magazine that Nintendo hopes to "introduce it in the not too distant future". With no major E3 conference from Nintendo, it could still very well be that Nintendo introduce the game at a Nintendo Direct during E3 or perhaps later on in the summer.

REVIEW. Written by Jonas Elfving (Gamereactor Sweden) on the 1st of December 2010 at 13

Retro Studios' next "in the not too distant future"

Metroid Prime studio gearing up to reveal their Wii U debut.

Bring a bunch, get a game.

One month to go, people

Protect your Wiimote in style! 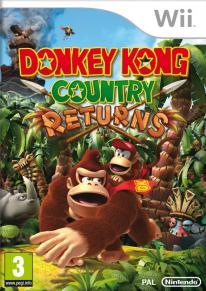