Developer Respawn has unveiled the sixth DLC drop for Titanfall 2, called The War Games, coming to all platforms on July 27, with a trailer promised upon launch as well.

War Games is the map that's included in the DLC, and is described as follows: "Pilots on the Frontier frequently use simulator pods to train, using life-like recreations of historical battles as combat scenarios. War Games highlights the civilian shops, tall buildings for window-to-window fighting, and city streets for Titan combat from the Battle of Angel City, and the large, open tank garage facilities for hand-to-hand Pilot combat from the Battle of Airbase Sierra. The outskirts of the map feature a clean, VR style perfect for Titan duels, while Pilots are often found running along the bright, interconnected wallrunning routes." There's a Live Fire Map called Traffic too, which is a test site filled with dense cover and is perfect for snipers to hide in the back.

There's also a new execution called Shadow Boxing, a third weapon slot for pilots, the addition of Titan Brawl to the permanent list of game modes, and a new mode called Free Agents, with more details for balances, features, and updates coming in patch notes closer to launch.

Does all of this sound like something that could keep you hooked? 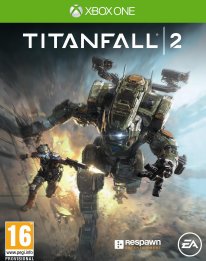