The tech wizards over at Digital Foundry have been at it again, comparing the Resident Evil Village demo between PlayStation 5 and Xbox Series X to see what differences we can expect. While it seems like the Xbox gamers will get a very minor upper hand (including longer eye lashes), it is obvious that Capcom has done a great job with all versions.

I turns out both PlayStation 5 and Xbox Series X runs the game with unlocked performance with ray-tracing activated and still mostly keeps it at 60 FPS in a 4K resolution. It isn't native though, but rather "Capcom's image reconstruction tech to improve performance", and both "look nigh-on identical". They do note however that character models has somewhat longer eye lashes on Xbox Series X, which might not be a deal breaker for most people.

The performance has some variations though, and Digital Foundry explains:

"Series X has a more dogged grip on its target 60fps, with slightly less consistent throughput from PlayStation 5. At best though, Series X delivers 10 per cent more performance in stress-test scenes, but I did note one scene where both consoles dip from 60fps to exactly the same extent."

Xbox Series S has been examined as well. The main difference here is that ray-tracing cuts the frame rate to mid-30 FPS. The resolution is a reconstruction in 1440p instead of 4K. By turning of ray-tracing, you can get the game to run in a very stable 60 FPS, which is what they recommend.

Capcom has of course continued to work on the game, and there might be some differences when it launches on Friday, but at least this gives us a hint on what to expect - and that is good news all around for console players. 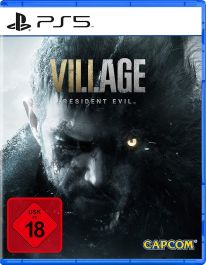