Episode 4: Where passing is brief, monsters awake and one-liners are awesome.

The biggest talking point about this last entry of Revelations 2 doesn't even occur in Episode 4; it's the decision made at the tail end of the previous episode. Though only realised in retrospect, it'll have you disputing - or otherwise - its fallout post-final boss fight. Whichever that one may be.

The conclusion of certain story threads have been heavily signposted up to now, so firing up the last couple of hours of this digital release is as much seeing if they pay off as to what Capcom will toss at us in terms of gameplay.

It's a somewhat mixed bag. Claire and Moira's best gameplay moments are clearly behind them as they're really only given a cursory campaign finale, though there's enough heft on the headlining story beats to leave you exasperated in a "did they just..." way (and if the choice is wrong, then yes, yes they did).

This leads into the first same-time story cohesion between campaigns, but this cutscene stitching leaves you slightly baffled as it runs counter to what we believed the story setup was in the first place. But at least when coupled with Claire and Moira's ending, it does make you want to forget taking a breather and instead plunge into Barry and Natalia's half to get some answers.

And it's here we get the main meat of the episode. Fears of brevity based on the other campaign half are washed away.

We continue to get small nudges of innovation to the standard Resident Evil formula, visual nods to the best of its past and some simple - but welcome - puzzle work amid the high bullet count. Toss in a locked room with multiple biohazards, the need for sharpshooting excellence and a kick-ass final nemesis (note: lower case, not upper) and you've got a strong ending to a game that's improved with each digital drop.

You also realise that while Claire Redfield might be the headline name when the game was first announced, Revelations 2's star is the Burton family. Though whether you get the pay-off that underscores that is again really dependent on that last episode choice - does Claire or Moira pick up the gun?

Personally, we could argue against what constitutes as the ‘right' one. As stated before, it's only obvious after the fact, but in the heat of the moment it felt counter to Moira's character, if not story arc, to grab the weapon. We went for our gut instinct. And were ultimately told it was wrong. Outside of the unexplained impact it'd have on the ending, it feels the studio hasn't conveyed the subtleties of her anti-gun stance well in the time building up to that point, as the impression we'd had in the run up to this moment made the decision one-sided.

Either way, a backtrack is in order if you're faced with a dour ending that's more cliffhanger than resolution. The ‘real' ending is funnier, more bombastic and rewarding. If you're thinking another laboratory escape to a real-time countdown, well, you'd be wrong. As we said in a previous episode summary, Capcom already did that as a mid-act finisher. This one's worth the replay, even if choosing the other story path may run counter to your beliefs.

The game's out at retail now, but we'd be hard-pressed to say we'd be as committed to seeing it through if we weren't playing weekly. The digital drop gave us the right amount of solid RE each week, space between to digest what we'd experienced, and time to dig back in to better campaign scores, dabble with Raid mode.

And taking this approach allowed Capcom to highlight different gameplay elements in each episode (though the online component should have been activated from the start). We'd be up for seeing another digital/retail release like this again.

In all? We were surprised at just how much we enjoyed ourselves. Sometimes you don't need to be breaking tradition to have a ball. An island cleared of mutates and a new favourite Resident Evil character later, we can definitely say we had a lot of fun playing.

Our roundup and verdict of the entire game will be on the site shortly. 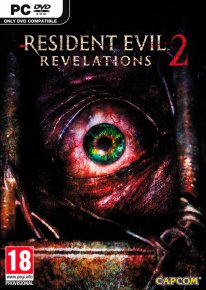