Andriasang (as picked up by MCV) is reporting Capcom is working on HD upgrades of two Resident Evil titles - 4 and Code Veronica - and bundling them together as a Resident Evil: Revival Selection on both Xbox 360 and PS3. No release date has been discussed yet.

The content in both titles remain unchanged aside from the HD upgrade in he visuals, though RE4 is believed to include the Ada Wong scenario that came with the PS2 port of the title.

If true, it won't be the first time RE4 has been ported - despite originally supposed to be a Nintendo Gamecube exclusive, it went on to be released on PS2, PC, mobile devices and a Wii edition with motion control options. It's unknown whether the developer will adopt this version and adapt the control scheme for Move and Kinect.

Code Veronica has a similar story - originally a Dreamcast title, it was ported to Gamecube and PS2.

Resident Evil joins the likes of God of War and Prince of Persia for re-release HD makeovers. 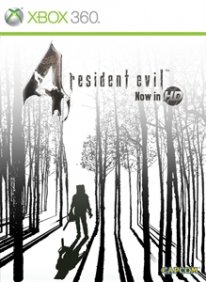