Resident Evil 7: Biohazard is now available on PC, PS4, and Xbox One but, despite Capcom not revealing the first sales figures of the game yet, they have announced in the last few hours that the new horror/survival game in the long-running series has shipped 2.5 million copies worldwide since launch.

These are certainly very interesting numbers, which could allow the publisher to reach the ambitious goal of four million copies shipped by March 31. In the same press release, Capcom has reported that the demo of the game has been downloaded by more than seven million players, and that the total sales of the franchise Resident Evil touched 75 million sold units.

Undoubtedly, Resident Evil 7: Biohazard represents an important new course for the series, after recent years took an unexpected (and apparently unwelcome by the fans) turn to action genre. It seems that the courage from Capcom to change course and return back to the origins was greatly rewarded, as demonstrated by the many good reviews popped up online, including our own.

The sales are positive thus far, but do you think its feasible to sell four million units by March 31?

Capcom has really made everything right lately, and games like Monster Hunter: World, Resident Evil 7: Biohazard and Resident Evil 2 have performed extremely well. And it... 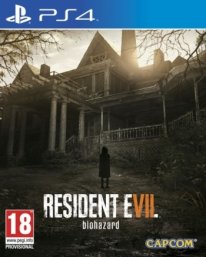