What a bombshell in Sony's press conference. Resident Evil 7: Biohazard was announced as a first-person horror game, fully supporting virtual reality on PSVR, and is now available in the form of a standalone trial over on the PS Store for all PS Plus subscribers! As soon as the conference ended, we obviously began to download the demo, and now we can share our impressions of this mere taste of the new Resident Evil.

Many who saw the trailer during the conference made an association between Resident Evil 7 and P.T., or Silent Hills if you prefer, and it's a totally reasonable connection to make. From what we played in this demo, this new Capcom game has much more in common with the experience Konami eventually killed, moreso than any Resident Evil game. In fact, besides the logo for the game, there is nothing here that links this product to Capcom's action and horror saga. There were no zombies, no action, no mention of T-Virus or Umbrella. Nothing. Maybe something slipped by us and is hidden somewhere in the demo, but from what we played, we have not seen any reference to events or characters from Resident Evil.

The demo kicks off in a similar fashion to P.T. as the player wakes up in a house without any context for the character, the story, or the location. The action takes place in a dilapidated old house, filled with rubble and rotting furnishings. Unlike previous Resident Evil games, this takes place in a first-person view with a very slow rhythm, which makes it a perfect candidate for virtual reality. The house itself seemed very detailed with a fantastic atmosphere, but we were disappointed with the lack of interaction. Only half a dozen items in the environment were interactive, properly identified with a large "X". P.T. used similar mechanics, but that Silent Hills demo was a lot more frightening and chilling than this portion of Resident Evil 7.

We found some interesting moments, and we liked the new approach to a more psychological terror, but P.T. has given us a much more terrifying and subtle experience, while Resident Evil 7 seemed a lot more direct and obvious. At one point we found other characters (who we instantly hated). The dialogue was exaggerated and the actors' performances were really poor, which was a big disappointment.

There's not much more to say about this Resident Evil 7 demo, at least without spoiling the few surprises that are hidden away in the 15 minute experience. We appreciated the detail and the environment, and we believe that Resident Evil 7 has the potential to offer a much more frightening gaming experience than the other games in the series, but compared with P.T. (and it is impossible not to make the comparison), it seems clear that the Silent Hills demo was much more impressive.

We're also not convinced by the connection between this game and the Resident Evil saga, since we found nothing remotely connected to Capcom's series (Update: OK, there's one or two nods in there, but frankly we expected more). It seems like a completely new horror game where they've bolted the Resident Evil name to it for marketing reasons. Perhaps that's the standalone nature of the demo, perhaps it's not, at this stage it's impossible to tell. However, if that's really the case, we think Resident Evil fans deserve a lot better. We'll just have to wait and see what we get when the full game lands next year.

Resident Evil 7 will be released on January 24, 2017, for PC, PS4 and Xbox One, and will support virtual reality on PS VR. Below you can watch the full demo on video. 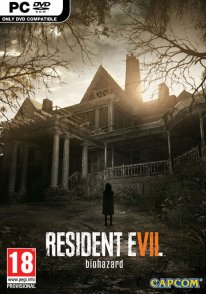