The eleven year old GameCube game has released on nearly every platform in the years following its initial launch, and next month we'll have this generation's consoles to cross off the list too. Capcom has announced that Resident Evil 4 will launch on the PlayStation 4 and Xbox One on August 30.

This version will include all the bonus content and features that have been added to the different versions through the years. So if you ever wanted to play as Ada Wong or test your skills in Mercenaries Mode, you might want to mark your calendar. 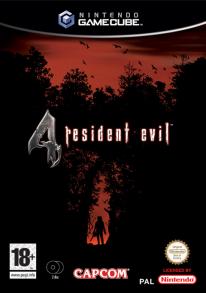