Resident Evil 2's remake is coming out January 25 on PC, PS4, and Xbox One, and if you superfans have been wondering about a Collector's Edition, look no further, as the European version costing around £229.99 (exclusively at Game in the UK) has been revealed, along with all the juicy contents.

As you might have expected (we've seen this in Japanese after all) this version comes with the game itself in a steelbook case, but we also have a 12" Leon Kennedy figurine to put on our shelf, Limited Edition keys for the RPD (Raccoon City Police Department), a collector's item box, an art book, the soundtrack CD, 'Made in Heaven' pin badge, and a poster.

The cherry on top of this is the Deluxe DLC Pack Card, which features the 'Original Version' soundtrack; the Arklay Sheriff and Noir costumes for Leon; the Military, Noir, and Elza Walker costumes for Claire Redfield; and the deluxe weapon called Samurai Edge - Albert Model.

If you can't visualise all this from our words, don't worry, as there's a picture down below to show you all of this. Will you be shelling out for this package? 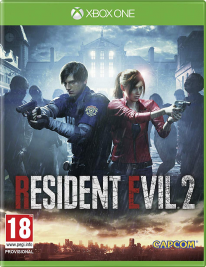