Have you been playing Resident Evil 2's remake from last month and been itching for more old school action from Capcom's horror series? Well, we have good news, as the Resident Evil Twitter account has just revealed that the original, 0, and 4 are coming to the Nintendo Switch on May 21.

The original is coming as the HD Remaster from 2015, and if you're wondering when you can start ordering these three classics, you can do so from this Thursday, February 28. Pre-orders start on this date, with European Switch owners able to purchase all games separately as digital downloads. North American fans, however, get the option to buy the Resident Evil Origins Collection at retail, bundling together 0 and the HD Remaster of the original.

The HD Remaster of the original game was a success when it launched, bringing the rather dated 1996 version into the modern day with the help of the groundwork laid by the 2002 version as well. This told the story of the iconic mansion outside of Raccoon City, while Resident Evil 0 is a prequel following Rebecca Chambers and criminal Billy Coen. 4 on the other hand reintroduces us to Leon Kennedy after 2, as he goes to recover the president's daughter.

Which is the best game out of these three?

Report points to RE4 and RE:CV HD 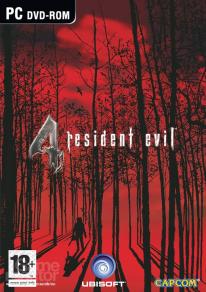