We've previously reported how Typhoon Studios was bought by Google in December 2019, just to get shut down less than 14 months later when the Stadia division decided to axe all internal game development. And to make things worse, their first title released for Google Stadia was launched at the same date as the studio was killed off.

Since then, a game-breaking bug in the Stadia version was discovered, but on one was available to fix it, which therefore took three weeks to eventually sort out. Now VGC has delivered a report on Typhoon Studios' whereabouts up to the cancellation, and it turns out they were actually working on Journey to the Savage Planet 2. It was supposedly to be "far grander in scale and feature fully animated cut-scenes."

This project was also one of the casualties during Google purge of game development, unfortunately, and it is very doubtful that it will ever be released.

We would recommend you to check Journey to the Savage Planet out, as it features co-op, fun puzzle solving and exploring of a very colorful alien planet. Just don't get your hopes up for a sequel.

Report: Journey to the Savage Planet 2 was under development

Development sadly came to an end when Google Stadia's first-party studios were closed.

Developer Typhoon Studio was closed down on the exact date of the game's release.

Here are the free games for Stadia Pro in February

Grab three games as part of the subscription service.

The space exploration game was previously exclusive to the Epic Game Store.

We don't yet know, however, when these titles will be hitting the platform. 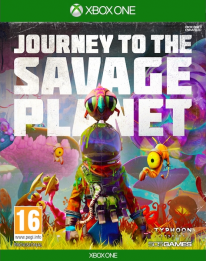