Are you old enough to remember the Def Jam series? The last time a game in that series was released was way back in 2010 with Def Jam Rapstar that came to the three big consoles back then - Playstation 3, Wii and Xbox 360. It got mixed reviews and didn't sell well and the series was never heard from again.

Now it seems like things are moving again as Defjam Recordings just posted a question to their followers on Twitter, together with a picture showing a PlayStation 4 boxart picturing the Defjam Vendetta-logo and a silhouette with a question mark:

"HYPOTHETICALLY, who'd you like to see on the cover if this game made a comeback?"

So... hypthetically, who would you like to see if the series made a comeback, which the record label seems to hypothetically imply?

It's been 8 years since the last entry. 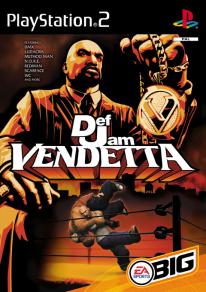