Without literally confirming its development, the team at Relic stated "nobody has forgotten about Age of Mythology." Responding to the fact that it's such an obvious game missing from the Definitive Editions, they said: "absolutely we know, we're not pretending that we don't know it's there." Concluding with a remark to "stay tuned", it's highly probable at this point that Age of Mythology Definitive Edition is currently in development.

Fans have been told to "stay tuned."

Age of Mythology remaster will be "heavily considered"

Age of Empires creative director Adam Isgreen says that it all depends on what fans want from the team.

After the Age of Empire trilogy MS will turn to Mythology

The mythological spin-off should get some love once Microsoft has finished updating the main Age of Empires trilogy. 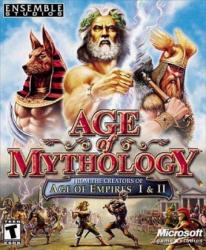