One of Microsoft's biggest surprises during E3 was the announcement of a new game from Arkane Austin (Dishonored, Prey) called Redfall. Although we didn't get to see any gameplay, it was revealed that it launches in summer 2022. This means the game has been in development for quite some time, but for long?

Just before the weekend, a Twitter user found evidence on LinkedIn that Arkane had people working on Redfall back in June 2017. It could also have been in development longer than this as well, but it is the first known sign of Redfall life (and we don't know when full production started) and means Redfall will have at least a five-year development if it makes the summer 2022 release as planned.

Redfall is all about slaying scientifically created vampires and their cultists on a remote island in New England, playing either singleplayer or co-op. We recently wrote about the different characters you can choose from over here if you want to know more about things to come.

Redfall has been in development for at least four years

It will have one extra year in the oven too as it's planned to arrive summer 2022.

Redfall offers vampire slaying in both co-op and singleplayer

We have descriptions on each of the four playable characters. 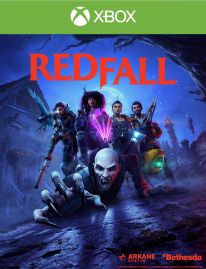