To this date PC players are holding out for a beefed up version of Red Dead Redemption to make it to their platform of choice. This even if all hope should have probably run out by now (after the game saw release on PS3 and Xbox 360 way back in 2010).

Rumours of a PC version were doing the rounds, but according to lead multiplayer designer Kris Roberts this was never seriously contemplated.

"I don't think there was ever an intention to have a PC version of Red Dead Redemption. I was actually super shocked that they did a PC version of Grand Theft Auto V. Obviously in development, we were all PC-based and had it running for win32 clients for the entire development. But as far as the licensing for the consoles and stuff, it was pretty much always going to be a Xbox 360 and PlayStation 3 title. To the best of my recollection, we never even seriously talked about optimizing it for PC."

Roberts himself has since left Rockstar and currently works at Daybreak Game Company on H1Z1, so he likely has no up-to-date information. Hopefully Rockstar are contemplating a PC version straight out of the gate for the inevitable (?) sequel.

Of course, all hope isn't lost regarding a Red Dead Redemption remaster on PC - so you can still cling on to the hope of what might one day be. 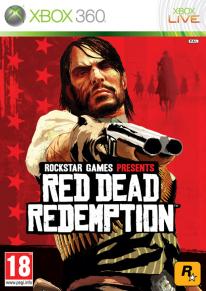