Rare has revealed a cancelled game called Conker: Gettin' Medieval, and as the name suggests, it was a Conker game. Though not in the same vein as Conker: Live & Reloaded - because Conker was barely in it. The game was briefly in development for Xbox after the development of the former game had been concluded.

A multiplayer title with Death as the main character, the game offered a medieval spin on the characters from Live & Reloaded. Below is the video where Rare tells the story about the game that was never made. Since no new Conker games have been announced or released since Live & Reloaded, Rare Replay or Project Spark is your best bet for Conker fun. 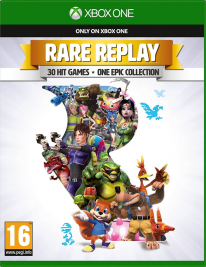