We've just received the listing for a GAME exclusive Rage Collector's Pack, due out come the game's launch on October 7.

The pack will include the game (obviously), a 'Making Of' DVD, two Dark Horse comics, along with the Anarchy Edition DLC.

The DVD features a documentary with id Software, and includes behind-the-scenes interviews as well as footage from Quakecon 2011. The comics, developed with the direct participation of RAGE's creative director, Tim Willits, is set prior to the events in the game. 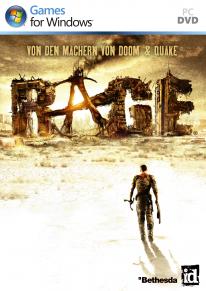