Puyo Puyo Tetris 2 is the game that just keeps on giving. Back in January, the game added SEGA mascot Sonic the Hedgehog as a playable character, and last month it added a new Colour Blind setting and a handful of tracks and characters. The game has now rolled out its third free update and this one includes four new playable characters, four new songs, and cross-generational multiplayer for those playing on PlayStation platforms.

You can check out the full list of new additions below:

Super Spicy Difficulty - "Super Spicy" bosses are even more difficult than the already difficulty "Spicy" bosses, but defeating them has a high chance of earning you a high level item card.

Its the third free update to be rolled out for the puzzler. 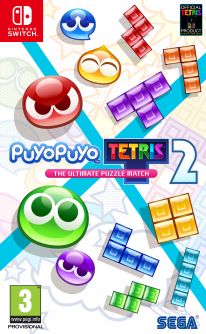