Warner Bros. have bought the rights to F.E.A.R. from Activision Blizzard, and thus Project Origin, the sequel that had to be renamed because Vivendi owned to rights to the name, will be known as F.E.A.R. 2: Project Origin.

Considering that Vivendi held on to the title to begin with it is fair to assume they had plans for a F.E.A.R. 2 of their own and development could very well have been on the way somewhere. Personally I thought that F.E.A.R. 2 was the one unannounced project Activision decided to keep from Vivendi's portfolio. Obviously it wasn't.

Oh well, I guess we can celebrate that the name is back with the rightful owners and creators of the original game.

REVIEW. Written by Henrik Bach Translation: Mikael Hansen on the 19th of February 2009 at 12

There is also a Fight Night Round 4 demo 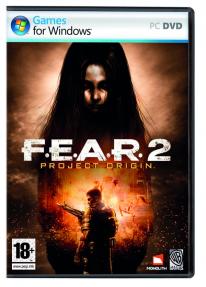