We sat down for a chat with Slightly Mad Studios' Rod Chong at Gamescom just a month out from the release of the highly anticipated Project CARS 2.

"Finishing games can be a stressful experience," said Chong. "But now it's August and we've gone through the most difficult stage. We know that the game is looking really good. We've attacked all the bugs and we're feeling quietly confident now. I think the studio is feeling quite proud of what we've achieved with Project CARS 2."

When it comes to the driving experience, Slightly Mad Studios, has changed things up quite a bit since the last game.

"We've done quite a lot of work on the driving experience for Project CARS 2," said Chong. "One of the areas that we've done a fair amount of work on is the drive-train. So we have for instance a new differential and we've had to do a lot of new simulation and code work around the rallycross cars, because they go over jumps, they have long suspension, they have unique drive-trains. So we've had to do a fair amount of work there. But the biggest area for Project CARS 2 is the tires."

Chong went on to talk about how the carcass model from the original needed more work to allow for better player control as you go "over the limit", he also talked about the importance of having real drivers, experts at their particular discipline, test the game continuously.

It's a big year for racing games with Dirt 4 already released, and Project CARS 2 being joined later in the year by Forza Motorsport 7 and Gran Turismo Sport. Here's what Rod Chong had to say about the competition:

"Fundamentally, when it comes to looking at the landscape this year of all the different racing titles that come out, there's different ways you could do it. You could get really competitive and start listing their features with our features and things like that. But we believe that what we've made is going to stand out and when you really just look at what we've put into the game it's going to stand on its own."

Project CARS 2 will be released on PC, PS4, and Xbox One on September 22. 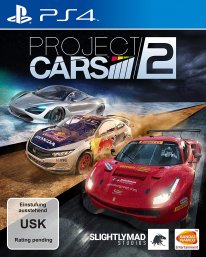