Ubisoft have announced that the "Epilogue DLC" for Prince of Persia will be available for download on February 26 for both Playstation 3 and Xbox 360. No pricing details have been released, but the "one price fits all policy" for DLC seems to be 800 points or $10.

Here is a few bullets of "New" from the press release:

New Region: The Underground Palace - A corrupted underground palace from which the Prince and Elika need to escape in a new epic journey.

New Power: Energize - Reconstruct destroyed areas of the environment to create a path and rush through it before it vanishes.

New high pace: The new trap challenge - The Prince and Elika will face more cunning foes, cleverer traps and level design, adding more to the difficulty level in over 3 hours of gameplay.

New Attack: Sprinting Clash - A duel move that lets you or the enemy trigger a sprint attack, charging towards each other, clashing your weapons fiercely.

New Unlockable Skins: Finish the game and unlock exclusively, from the early development of the game, the Prototype characters of the Prince and Elika. 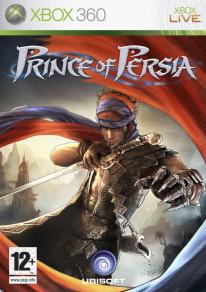 Prince of Persia: The Sands of Time

The Adventures of Tintin: The Secret of the Unicorn