Prey received the Mooncrash DLC to spice the game up with random and roguelike elements back at E3, and at QuakeCon this past weekend we sat down with creative director Ricardo Bare to talk a little bit about where the idea came from, which turns out to be a combined passion for games in the roguelike/lite genre.

"Well part of the inspiration for that is just the fact that many of us on the team are really, really big fans of roguelike and roguelite games," he told us. "I mean, there's so many good ones out right now, like many of us are fans of Dead Cells, which is a beautiful roguelike game. There's games like FTL games, Into the Breach [...] there's just a bunch of games like that that a bunch of us on the team are super enthusiastic about. And a lot of those ideas, a lot of the procedural-generation of game content [...] all that stuff is super fun because it keeps the game fresh."

We also asked about the reception, to which Bare said:

"Man, it has been overwhelmingly positive, which has been a great joy and relief to the team because as you can imagine there aren't very many games that take traditional Arkane-style storytelling and world-building and combine it with roguelike, random elements, and so we're super happy with the response."

Are you one of the many that enjoyed Mooncrash? 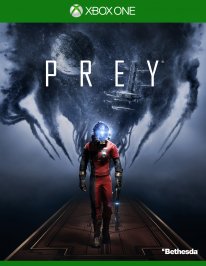