Gamereactor has learnt that the PC version of Grand Theft Auto V is about to go on pre-order.

Nordic retailer Elgiganten (owned by Dixons Retail UK) will start taking orders for Grand Theft Auto V on PC this Friday, which has been confirmed to us via a manager of one of the Swedish stores.

While there's been no official confirmation of the game arriving on PC, and there's nothing yet regarding the pre-orders in the UK, the fact that Swedish gamers will be able to reserve their copy of the PC version of Grand Theft Auto V is a good indication that it's on its way.

Evidence of a PC port of GTA V has been building of late, with bug reports listing PC related issues with earlier builds, and listings at various online retailers also surfacing.

We've reached out to Rockstar for comment on the matter, and will update the story if we get anything back.

This story was originally published on Gamereactor Sweden. Read our original 10/10 review for GTAV here.

Almost eight years after its launch, GTA V was the most watched game on Twitch this March

The interest is driven by role playing servers.

Get a free car in GTA Online this week

There's also a whole bunch of multipliers to look out for.

A few games are leaving as well.

Players can also look forward to double GTA$ and RP in a bunch of activities again this week. 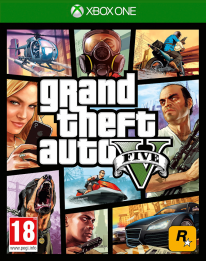