Nintendo Switch eShop just got a new playable demo for Portal Knights, and it's not just any old demo. This one features a sneak peek at the Adventurer update that will be releasing soon. This update will introduce new characters, quests, items, and "overall improvements to enhance the Portal Knights experience".

Players can play as a Warrior, Mage, or Ranger in the demo, and level up their characters by crafting new gear. You can even share the demo with up to three other players in co-op. If you're not familiar with the game, think of it as a 'cute' action RPG with building mechanics.

Portal Knights is now available on PC, PS4, Xbox One, and Nintendo Switch. 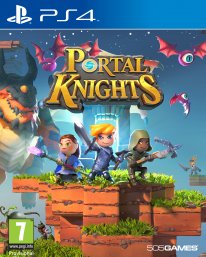