Sony surprised everyone when we were told future MLB The Show games would launch on Xbox consoles back in 2019, but I have another goodie for those of you find the thought of seeing the PlayStation Studios logo when starting a game on your Xbox One or Xbox Series fascinating.

Because Microsoft has confirmed that MLB The Show 21 will launch directly on Xbox Game Pass for consoles and Cloud on April 20. 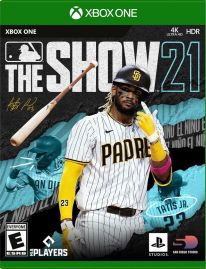