It's good news for basketball fans today as the first release of the 2021 season is almost upon us, and we can try it ahead of time via a newly released demo. NBA 2K21 is launching on most formats (including PlayStation 5, Xbox Series X and Stadia), but the demo is so far only available for PlayStation 4, Xbox One, and the Switch.

The file size is roughly 30 GB and it will let you create your very own player with the MyPlayer Builder tool and there are also two games you can play; either Bucks vs Clippers or the All-Time Lakers vs Celtics. We think we'll start with the latter, but what about you? 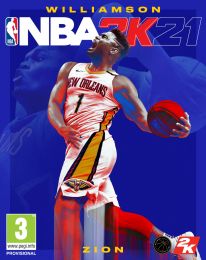