With the release of the new DLC Faster, Baby!, 2K Games and Hangar13 have announced today that a playable demo of Mafia III is now available, which can be downloaded on PC (via Steam), PlayStation 4, and Xbox One.

This trial version allows players to play the first act of the single-player campaign for the game, with the ability to save your progress and import it in the full version, in case you decide to buy Mafia III later. Moreover, until April 17, you can purchase the game from several retailers (both digital and retail) with a discount of 50%.

Have you already read our Mafia III review? 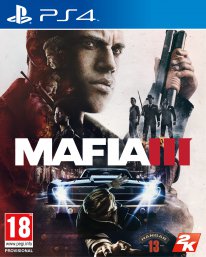