It was late last year when former Tango Gameworks star and now PlatinumGames's Ikumi Nakamura showed herself very confident in that "Okami will return". Now, Nakamura even has a plan and will try to grab the IP from Capcom's hands.

Nakamura joined the Atsushi Inaba team shortly after leaving Shinji Mikami's with horror game GhostWire Tokyo incomplete and now she's taking aim for Camcom's IPs. She won't be an unfamiliar face at the Osaka-based offices, as she worked for Capcom before, specifically in the original Clover team. Nakamura believes "chances are pretty high" but also sees herself in a secondary role, as she wants Hideki Kamiya himself back at the director role.

All this has been shared as part of a more intimate interview offered by the producer to IGN Japan, where she talks about topics such as her horror-movie-filled childhood, her secret video game night-time sessions and her plans for the future (including setting up an educational dev studio). 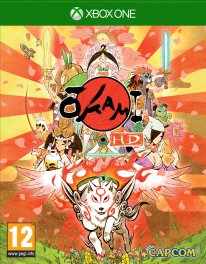