Earlier this year, somewhat unexpectedly, Platinum Games launched a Kickstarter campaign for a remastered version of The Wonderful 101, the actioner that originally was released exclusively on Nintendo Wii U. As we know, the crowdfunding campaign went very well and in just a few hours, the project was financed and subsequently debuted on Nintendo Switch, PC, and PlayStation 4 on May 22.

Although the game received a mixed reception (you can read our review for our thoughts on the matter), in a recent interview Platinum Games was asked if there was interest in making a sequel. Producer Atsushi Inaba said that there would be a lot of interest and they didn't rule it out, although the goal is certainly to make it "bigger and better", although that "would be a challenge".

Game director also Hideki Kamiya said something similar, although he added that "when I think of the word sequel, and I think about the size that we ended up with, with the original, it kind of scares me if we could pass that original hurdle we've set for ourselves".

In other words, Platinum seems interested in making a sequel to The Wonderful 101, but it's also daunted by the prospect. Would you like to see a sequel?

Platinum Games won't rule out a The Wonderful 101 sequel

Although the studio is a little daunted at the prospect of eclipsing the scale of the original. 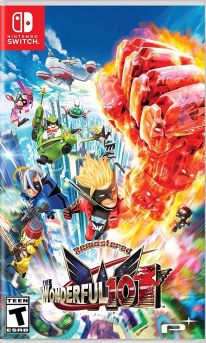