After Platinum Games' Bayonetta finally came to PC this week, PC Gamer spoke to a spokesperson from the studio about the process, and they revealed that, although PC is a huge market, more factors are involved when considering a port.

"The PC market is huge and can definitely not be ignored. We are absolutely aware of that, and we've always felt this way," the spokesperson said. "We've always had a positive stance towards porting our titles to PC, but the decisions as to which platforms we release our games on, and which platforms are the main focus for the games we make are largely made by the publishers, so this is not something we can decide on our own. "

"However, most third party publishers nowadays realise the PC should not be ignored, so I believe we should be able to become more actively involved in the PC market from here on out [...] If it were up to us, we'd port all of our games to PC, but it all depends on the publishers."

"We developed Bayonetta 1 all by ourselves, and we optimised it for Xbox 360, which resulted in some issues when porting the game to other platforms," the spokesperson adds. "We had to dive back in and change a lot about the internal structure when we ported it to Wii U, but I believe this experience helped us make the jump to PC go a lot smoother. Our current proprietary engine is built with PC-based cross-platform development in mind, so I think it should be easier now to avoid similar problems in the future."

"We still feel strongly about putting more consideration into the PC market. If our current efforts prove successful, this will only make PC development more attractive," the spokesperson concluded. Are you currently enjoying Bayonetta on the PC?

Bayonetta is the first big title to be released in 2010 and we have the review up just in time for Christmas...

A new Bioshock isn't the only rumour confirmed today, as we'll also get to enjoy two of Platinum Games' best games in 4K/60fps on February 18.

The two Platinum Games titles may be making an appearance soon, with 4K and 60 FPS looking likely.

It's only just come to PC, and we've sampled some to show you.

A remarkable feat for a game that was originally released more than 7 years ago.

Platinum Games: PC market "can definitely not be ignored"

A spokesperson explained the process behind putting Bayonetta on PC. 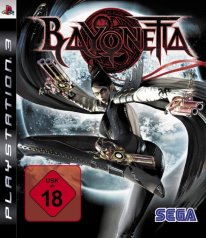