Pikmin 3 Deluxe, an enhanced version of the 2013 Wii U title, was released last week, and now sales figures have been revealed to paint a picture of how it performed in its first week. In the UK, the game charted in seventh place, and sales were reportedly down by 18.5% when compared to the opening week of Pikmin 3 on the Wii U, according to GamesIndustry.biz.

Elsewhere in the chart, FIFA 21 held its position at the top after shaking off the competition from the newly-released Watch Dogs: Legion. An eye opening fact too is that six of the top ten's entries are titles that are exclusive to the Nintendo Switch. Mario Kart 8: Deluxe sits in fourth place, despite being released over three years ago and originally being a Wii U title.

It's important to bear in mind though that these are just physical copies, and we don't know how many additional copies of Pikmin 3 Deluxe were sold on the eShop. With the trend moving to digital sales and with Covid-19 currently causing havoc worldwide, it's fair to say that digital sales could have a serious impact on these figures.

You can read our recent review of Pikmin 3 Deluxe here.

GamesIndustry.biz reports that sales were down 18.5%. 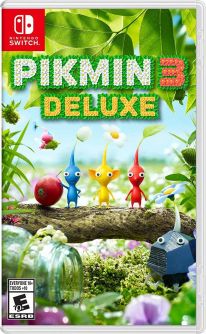