Xbox boss Phil Spencer is known to answer when asked about their platform on Twitter, and he did not disappoint when one fan inquired about Skate 3. The game was announced for the console's backward compatibility back in 2015, but fans are still waiting.

Spencer now acknowledges that the fans are waiting, but he still can't offer a specific date: "We know its a key game and are on it. I'm confident in getting it out to XB1 customers, just can't give you a date yet, sorry," he writes on Twitter.

Then he followed up by adding: "I'm with everyone on this, franchise reinvented skate control in gaming, really want to get it done, we'll get there."

Although Skate 3 is an undeniably good game, it'd also be good to get Skate 4 announced, done and released, don't you think?

Black Box and EA are back to once again take up the fight for the throne of the skating genre. We dug up grandfather Petter to take his board out for a spin. Just like in the good old days!

Skate 3 and Mirror's Edge to be Xbox One X enhanced

Skate 3 is backwards compatible on Xbox One right now

Who didn't see this skater coming?

Skate 3 to become backwards compatible on Xbox One?

Phil Spencer on Skate 3 for Xbox One

MS is working on making it backwards compatible.

EA CEO thinks skateboard is over 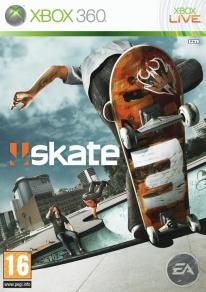