The letter they sent to Giants Software, or more specifically Christian Amman, its Managing Director, requests they portray an accurate image of the farming industry and this involves showing pig slaughter footage from abattoirs where they are "hung upside down, stabbed, and dropped into scalding-hot water".

"Farming Simulator 17 should either show the nightmarish reality endured by pigs at the abattoir or change into Vegan Farming Simulator 17 and let players grow crops - to do anything else would be dishonest", said PETA European Outreach Liaison Harriet Barclay. "PETA urges anyone who considers pig-slaughter footage too gruesome to include in a simulator game to rid their real-life plates of animal corpses and switch to cruelty-free vegan foods."

Farming Simulator 17 is due for release on PC, PS4 and Xbox One on October 26.

Also available as an expansion for existing players.

Farming Simulator 17 is getting a Platinum Edition

The Gamescom trailer shows off some of the new content.

New edition of the game coming in November.

No release date yet for Farming Simulator on Switch

But Giants Software explains it won't be based on the handheld versions.

Farming Simulator 17 will be updated for PS4 Pro

And Mac players can now get in on the agricultural fun too.

The success of Farming Simulator keeps on growing. 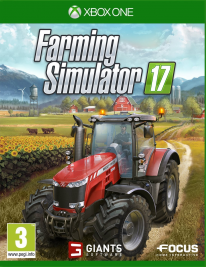